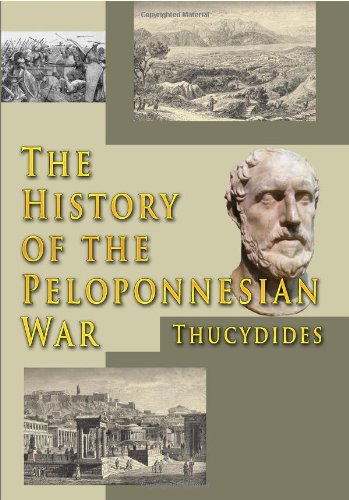 The History of the Peloponnesian War
by Thucydides

The Atlas of Ancient and Classical Geography
by Samuel Butler - Richard Clay & Sons
The original author of the present Atlas is Samuel Butler, in his way a famous geographer. The work was at a later date twice revised, and its maps were re-drawn. It has now been again revised and enlarged to suit the special needs of this series.
(15040 views)

Hellenistic History and Culture
by Peter Green - University of California Press
History, like Herakleitos' river, never stands still. This collection of essays shares a collective sense of discovery and a sparking of new ideas -- it is a welcome beginning to the reexploration of a fascinatingly complex age.
(10598 views)

Hegemony to Empire
by Robert Morstein Kallet-Marx - University of California Press
In one of the most important contributions to the study of Roman imperialism to appear in recent years, Robert Kallet-Marx argues for a less simplistic, more fluid understanding of the evolution of Roman power in the Balkans, Greece, and Asia Minor.
(10106 views)

The Cambridge Ancient History
by J. B. Bury - Cambridge University Press
Designed as the first part of a continuous history of European peoples. Starting with the remote and dim beginnings, the Ancient History will go down to the victory of Constantine the Great, the point at which the Medieval takes up the story.
(9753 views)