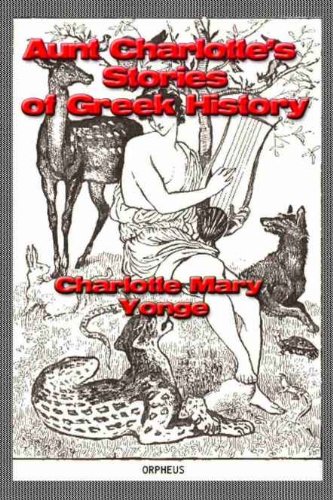 Description:
In this little book the attempt has been to trace Greek History so as to be intelligible to young children. In fact, it will generally be found that classical history is remembered at an earlier age than modern history, probably because the events are simple, and there was something childlike in the nature of all the ancient Greeks.

The Myths and Legends of Ancient Greece and Rome
by E. M. Berens - Longwood Press
The author gives a lifelike picture of the deities of classical times as they were conceived and worshipped by the ancients themselves. From the contents: origin of the world, Uranus and Gaea, Cronus, Rhea, division of the world, etc.
(14523 views)

American Indians
by Frederick Starr - D. C. Heath & Co.
This book is intended as a reading book for boys and girls in school. The native inhabitants of America are rapidly dying off or changing. Certainly some knowledge of them, their old location, and their old life ought to be interesting to children.
(7553 views)

Historic Events of Colonial Days
by Rupert S. Holland - George W. Jacobs & Company
An absorbing book, describing the most dramatic episodes in colonial history: Peter Stuyvesant's flag, the struggle between Nathaniel Bacon and Sir William Berkeley, the attack on the Delaware, the pirates of Charles Town Harbor, and much more.
(5860 views)