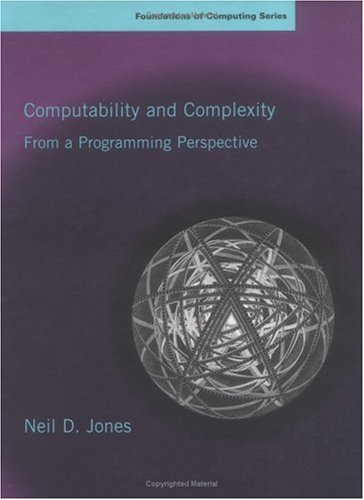 Computability and Complexity from a Programming Perspective
by Neil D. Jones

P, NP, and NP-Completeness: The Basics of Complexity Theory
by Oded Goldreich - Cambridge University Press
The main focus of the current book is on the P-vs-NP Question and the theory of NP-completeness. Additional topics that are covered include the treatment of the general notion of a reduction between computational problems.
(5933 views)

Communication Complexity (for Algorithm Designers)
by Tim Roughgarden - Stanford University
The two biggest goals of the course are: 1. Learn several canonical problems that have proved the most useful for proving lower bounds; 2. Learn how to reduce lower bounds for fundamental algorithmic problems to communication complexity lower bounds.
(2431 views)

Computability and Complexity
- Wikibooks
This book is intended as an introductory textbook in Computability Theory and Complexity Theory, with an emphasis on Formal Languages. Its target audience is CS and Math students with some background in programming and data structures.
(5523 views)