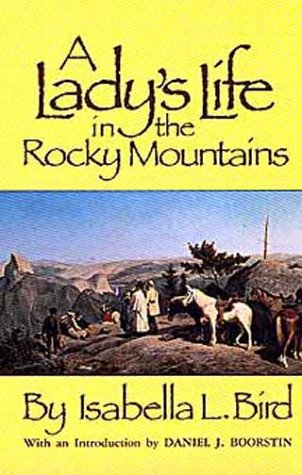 A Lady's Life in the Rocky Mountains
by Isabella Bird

Description:
In 1854, Isabella Bird left England and began traveling as a cure for her ill health. This volume contains letters written during her six-month journey through the Colorado Rockies. Traveling alone, usually on horseback, often with no clear idea of where she will spend the night in what is mostly uninhabited wilderness, she covers over a thousand miles, most of it during the winter months.

Wild Nature Won By Kindness
by Elizabeth Brightwen - T. Fisher Unwin
I shall try to have quiet talks with my readers and tell them about the many pleasant friendships I have had with animals, birds, and insects. I have always maintained that the love of animated nature should be fostered far more than it usually is.
(5910 views)

Ecology and Wonder in the Canadian Rocky Mountain Parks
by Robert W. Sandford - AU Press
This book makes several remarkable claims: the greatest cultural achievement in the Western Canadian mountain region may be what has been preserved, not what has been developed. A must-read for those who appreciate Canada's breathtaking landscape.
(9265 views)