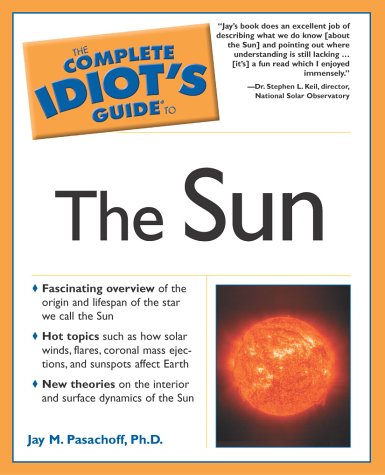 The Complete Idiot's Guide to The Sun
by Jay M. Pasachoff

Description:
Everything revolves around it...and now skywatchers and armchair scientists can learn all about the origin and history of the sun. With information on the sun's physical properties; how solar flares, sunspots, and winds on its surface affect Earth's atmosphere and environment; solar and lunar eclipses, transits, and occultations, and early astronomers' discoveries about the sun, including Galileo, Copernicus, Francis Bailey, and the Mayans.

Views of the Solar System
by Calvin J. Hamilton
This page presents a vivid adventure unfolding the splendor of the Sun, planets, moons, comets, asteroids, and more. Discover the latest scientific information, or study the history of space exploration, scientific facts, graphics and videos.
(12998 views)

The Solar Magnetic Field
by Sami Solanki, Bernd Inhester, Manfred Schussler - arXiv
Here we describe the magnetic field from the convection zone, where it is built up by the solar dynamo, to the solar surface, where it manifests itself in the form of sunspots and faculae, and beyond into the solar atmosphere and heliosphere.
(10024 views)

The Birth And Death Of The Sun
by George Gamow - Dover Publications
In this fascinating book, a renowned physicist outlines the theories that illuminate the evolution of our world. Gamow employs language that's both scientifically accurate and easy to understand as he traces the development of atomic theory.
(16280 views)