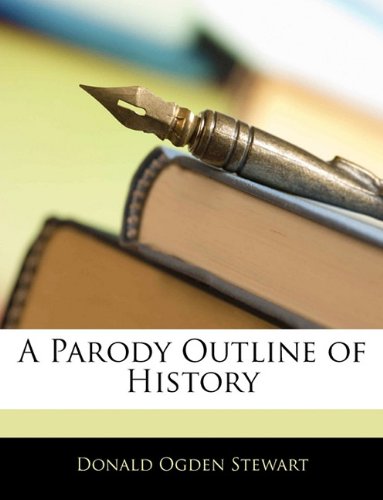 A Parody Outline of History
by Donald Ogden Stewart

Description:
Mr. H. G. Wells, in his "Outline of History," was of necessity forced to omit the narration of many of the chief events in the history of these United States. Such omissions I have in this brief volume endeavored to supply. And as American history can possibly best be written by Americans and as we have among us no H. G. Wells, I have imagined an American history as written conjointly by a group of our most characteristic literary figures.

Men are from Mars, Women are INSANE
by Chris Mauns
This book is your first line of defense vs the madness the female mind holds! In a humorous but scary way it will guide you through the treacherous waters of the relationship and give you an idea of what you can expect from your woman ...
(5240 views)

They Win. You Lose.
by Stan Arnold - Smashwords
This is the first book of The Implosion Trilogy - stories about Mick and Jim, two Soho-based video producers who drink too much, don't earn enough and get too many death threats. In this book, Mick and Jim are on the run from Vlad and Vic ...
(4340 views)

A Plague of Hearts
by Patrick Whittaker - Feedbooks
On an otherwise normal day in Wonderland, the Knave of Hearts is arrested by the secret police. Outraged by what he believes to be an injustice, his valet, the March Hare, sets out to free him. Along the way he attends a mad tea party ...
(5051 views)

Love Hurts
by Russell Taylor - Feedbooks
Let me tell you something about love. They say love hurts; well, my love killed a whole town. Only a small town mind, but a whole town all the same. Love doesn't just hurt, it maims, cripples and kills. I know; I've seen it in action.
(8317 views)