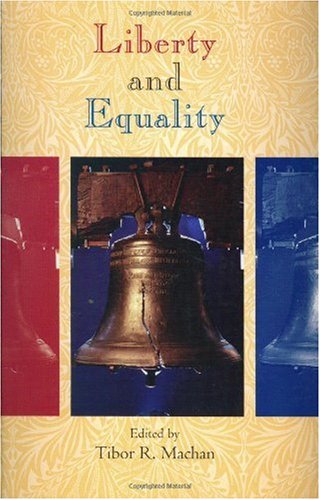 Description:
This book takes an unflinching look at the difficult, often emotional issues that arise when egalitarianism collies with individual liberties, ultimately showing why the kind of egalitarianism preached by socialists and other sentimentalists is not an option in a free society.

The Social Contract
by Jean-Jacques Rousseau - eBooks@Adelaide
Rousseau argues that all government is fundamentally flawed and that modern society is based on a system of inequality. The philosopher proposes an alternative system for the development of self-governing, self-disciplined citizens.
(7971 views)

Data Analysis for Politics and Policy
by Edward R. Tufte - Prentice Hall
A great book for the beginning data analyst and a must for political science graduate students. It is a clear introduction to the use of regression analysis. Edward Tufte was a political scientist of the first order and a teacher par excellence.
(7269 views)

The God of the Machine
by Isabel Paterson - G.P. Putnam's Sons
The author presents an original theory of history and a bold defense of individualism as the source of moral and political progress. When it was published, her book placed her in the vanguard of the free-enterprise movement now sweeping the world.
(14411 views)

Capitalism: A Treatise on Economics
by George Reisman - Jameson Books
Reisman's ringing manifesto for laissez-faire capitalism free of all government intervention is at once a conservative polemic and a monumental treatise, brimming with original theories, remarkable for its depth, scope and rigorous argument.
(12485 views)