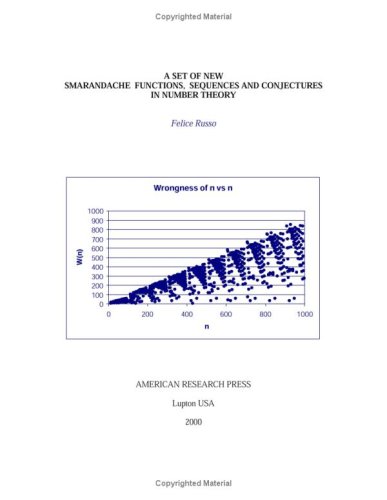 A set of new Smarandache functions, sequences and conjectures in number theory
by Felice Russo

Geometry of Numbers with Applications to Number Theory
by Pete L. Clark - University of Georgia
The goal is to find and explore open questions in both geometry of numbers -- e.g. Lattice Point Enumerators, the Ehrhart-Polynomial, Minkowski's Convex Body Theorems, Minkowski-Hlawka Theorem, ... -- and its applications to number theory.
(7255 views)

Lectures on Shimura Varieties
by A. Genestier, B.C. Ngo
The goal of these lectures is to explain the representability of moduli space abelian varieties with polarization, endomorphism and level structure, due to Mumford and the description of the set of its points over a finite field, due to Kottwitz.
(7103 views)