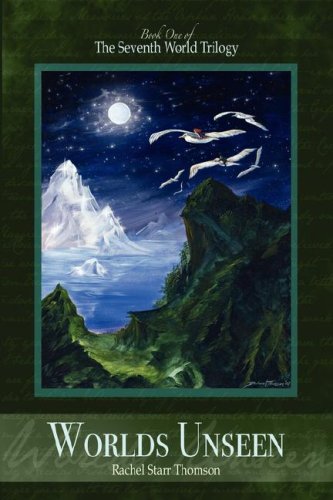 Description:
Maggie Sheffield just wants to leave the past behind. Memories of the Orphan House where she grew up are fading; memories of her guardians' murder are harder to shake. When a dying friend shows up on her doorstep bearing the truth about the Seventh World -- in the form of a written covenant with evil -- Maggie is sent on a journey that will change her forever.

Dream Magic: Awakenings
by Dawn Harshaw - dawnharshaw.com
This is a hard-fantasy novel, meaning the focus is on how magic works and why. Eric, a young boy, had enough of nightmares ruining his dreams. Determined to grow stronger, he tackles magical disciplines one at a time, and stares down his fears.
(7697 views)

Tales of Aria: The Legend of Damiano's Disk
by Carl Russ, III
Aria is a world riddled with an epidemic. Two years have passed since the day strange monsters emerged from out of no where, paralyzing the otherwise peaceful lives of its citizens. Since then, few people dare to live outside the the cities ...
(7626 views)

Layla - One World Warrior
by Layla Parkin
Just when we thought God had finished intervening in our affairs - Layla appeared. Showing miraculous signs of God-like grandeur, she upsets the equilibrium of the centres of authority and moves humanity, forcibly at times, into a political unity.
(8514 views)

The Stones of Arcory
by A A Roi - Smashwords
Veteran wizard Greylsan Amberglass, ostensibly on a mission to gather chronicles from The Fourth Council's entowered wizards, follows the trail of a doomed borderland margrave in search of his corrupted and dying land's missing Arcory Stones.
(6518 views)