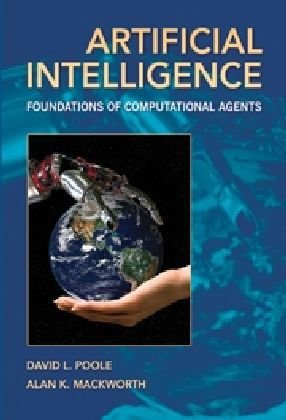 Computers and Thought: A practical Introduction to Artificial Intelligence
by Mike Sharples, et al. - A Bradford Book
The aim of this book is to introduce people with little or no computing background to artificial intelligence (AI) and cognitive science. It emphasizes the psychological, social, and philosophical implications of artificial intelligence.
(6668 views)

Artificial Intelligence - Agents and Environments
by William John Teahan - BookBoon
This book is the first in a series on Artificial Intelligence. It provides an introduction to the topic with an emphasis on the use of agent-oriented design. Topics include agents, environments, agent movement, and agent embodiment.
(12027 views)

The Age of Intelligent Machines
by Ray Kurzweil - The MIT Press
Visionary computer scientist Raymond Kurzweil probes the past, present, and future of artificial intelligence, from its earliest philosophical and mathematical roots to tantalizing glimpses of 21st-century machines with superior intelligence.
(10223 views)