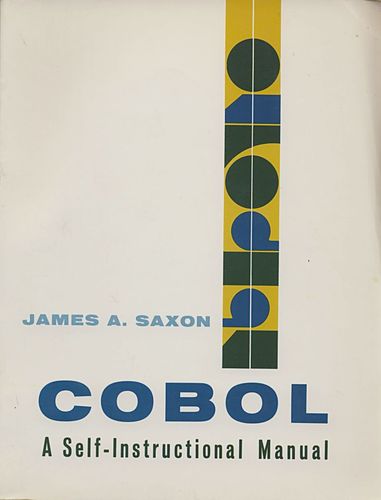 COBOL: A self-instructional manual
by James A. Saxon

Description:
The COBOL (COmmon Business Oriented Language) system was developed in an effort to produce an English-like programming language which can be used on many different types of data processing systems. This self-instructional manual has been developed to teach the beginner the fundamentals of COBOL programming.

Programming in Lua
by Roberto Ierusalimschy
This book gives a solid base for any programmer who wants to use Lua. It covers all aspects of Lua -- from the basics to its API with C -- explaining how to make good use of its features and giving numerous code examples.
(5988 views)

Microsoft Small Basic: An introduction to Programming
by Vijaye Raji - Microsoft
Small Basic is a programming language that is designed to make programming extremely easy, approachable and fun for beginners. Small Basic's intention is to bring down the barrier and serve as a stepping stone to the world of computer programming.
(10948 views)