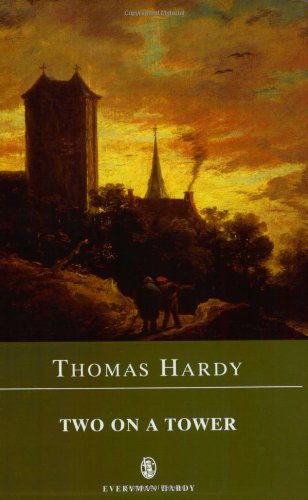 Two on a Tower
by Thomas Hardy

Description:
A mesmerizing and beautiful romance has been presented in these pages. With amazing twists and turns, the narrative is refreshing and unexpected. The protagonists are drawn together by an overwhelming force of emotions. The well-drawn characters and situations smoothly draw the readers into the narrative.

Far from the Madding Crowd
by Thomas Hardy
The first of Hardy's novels to give the name of Wessex to the landscape of south-west England, and the first to gain him widespread popularity as a novelist. The story both upholds and questions rural values with a startlingly modern sensibility.
(7299 views)

The Trumpet-Major
by Thomas Hardy - ManyBooks
Anne Garland is pursued by three suitors: John Loveday, the trumpet major in a British regiment, honest and loyal; his brother Bob, a flighty sailor; and Festus Derriman, the cowardly nephew of the local squire. The setting is the Napoleonic wars.
(5670 views)

The Well-Beloved
by Thomas Hardy - Harper & Brothers
Hardy reiterates his favourite themes of man's eternal quest for perfection in love and art, and the suffering that ensues. Powerful symbolism marks this romantic fantasy that Hardy has grounded firmly in reality with authentic rendering of location.
(3157 views)