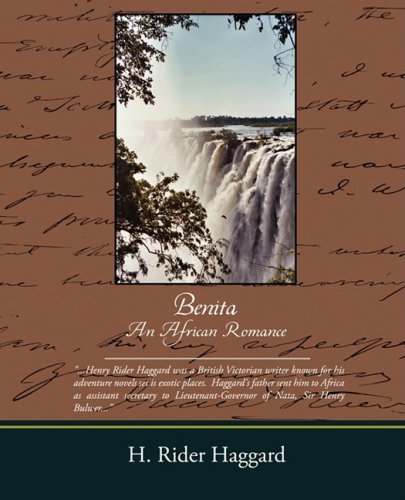 Description:
Benita is a strong woman born in Africa, raised in England, who is returning to Africa to be with her father. She falls in love with Robert on the long steamer voyage, and is about to say yes to his proposal when the ship hits a rock and she is knocked unconscious. A wildly fantastic tale with ghosts, spirit possession, a lost race, found treasure, and mesmerism.

The People of the Mist
by H. Rider Haggard - Ditchingham
Sir Henry Rider Haggard wrote many great works, and this is an underappreciated treasure, a beautifully written, exciting, and moving tale of adventure, love, sacrifice and a lost civilization in Africa. Written in the late 1800's.
(5989 views)

Allan Quatermain
by H. Rider Haggard - Project Gutenberg
The adventure novel about three men and their guide, who trek into remote Africa in search of a lost white race. Their perilous journey takes them to Zu-Vendis, a kingdom ruled by the beautiful twin sisters, Nyleptha and Sorais.
(7882 views)

She
by Henry Rider Haggard - Longmans, Green, and Co.
This is a wonderfully compelling story about three Englishmen, an aging University professor, his adventurous young ward, and their faithful servant, traveling into the unknown African interior in search of a mythical source of immortality.
(9951 views)