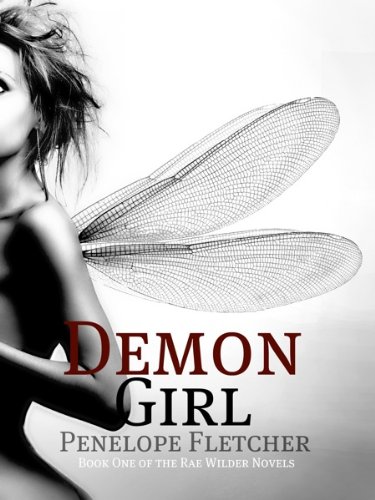 The Demon Girl
by Penelope Fletcher

Description:
Rae Wilder has problems. Supernatural creatures swarm the earth, and humanity is on the brink of extinction. Stalked by a handsome fairy who claims she is like him, demonkind, Rae thinks maybe it was a mistake breaking the rules by going over the Wall into demon territory. Plunged into a world of dark magics, fierce creatures, and ritual sacrifice, she is charged with a guarding a magical amulet.

Deserted Cities of the Heart
by Lewis Shiner - Subterranean Press
An anthropologist and his alienated brother reunite in Mexico to reenact an ancient Mayan myth of the end of the world in this surrealistic fantasy by the author of Frontera. Shiner captures the complexities of both modern and ancient reality.
(7609 views)

The Darkling Band
by Jason Henderson - Dragon Moon Press
Two best friends set out across towns, fields and mountains to find one of the friend's two sisters, kidnapped by a raiding party of winged men locked in a war with the exploding human population. A fast fantasy with sweat and rivets.
(14061 views)

Scary Mary
by S.A. Hunter - Lulu.com
Online novel for teens about a high school girl who hears ghosts. Mary begins her junior year of high school without high expectations. As the resident school freak, she'd just like to be left alone, but a new student tries to befriend her.
(14382 views)

Valle: Book 2 of the Heku Series
by T.M. Nielsen - Smashwords
While Chevalier and Emily come to terms with being parents, the Valle begin attacks to gain access to the last remaining Winchester, even if it means harming those she cares about. An upheaval in the Equites threatens the island's peaceful life.
(10142 views)