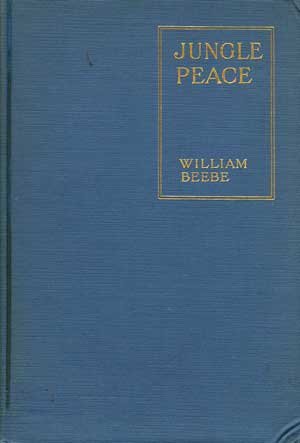 Description:
William Beebe is a good writer, a trained scientific observer, and an enterprising and adventurous traveler. The jungle he herein describes is that of Guiana; and in the introductory chapters he gives cameos of what one sees sailing southward through the lovely islands where the fronds of the palms thrash endlessly as the warm trade blows.

Canoeing in the Wilderness
by Henry David Thoreau - Houghton, Mifflin & co.
The chief attraction that inspired Thoreau to make the trip was the primitiveness of the region. Here was a vast tract of virgin woodland, peopled only with a few loggers. No one could have been better fitted than Thoreau to enjoy such a region.
(9506 views)

Boat Sailing
by A. J. Kenealy - The Outing Publishing Co.
The book is written in a simple sailorly style for all lovers of the sea and boats. All the hints and directions given in these chapters may be followed with profit on the Pacific Coast as well as on Lake Michigan or on the Gulf of St. Lawrence.
(2763 views)

A Bicycle Tour Of Northern Sweden And Finland And Norway
by Tomas Carlsson - Smashwords
This travelogue is a collection of my notes from a bicycle tour in northern Sweden, Finland and Norway, in the land of midnight sun and mosquitoes. It can be read as information about bicycle touring or traveling in northern Scandinavia in general.
(5562 views)