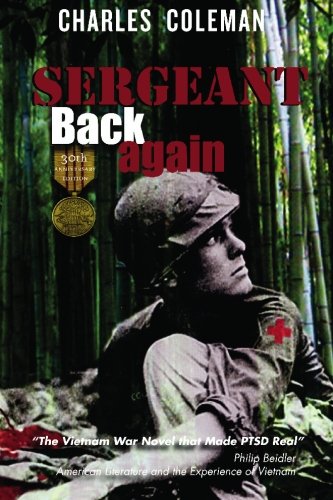 Sergeant Back Again
by Charles Coleman

Description:
A gripping drama of the psychological trials and tribulations of a talented Army medic serving in a besieged surgical field hospital at the height of the Vietnam War. Ground-breaking and insightful novel depicting the early signs, symptoms, origins and first attempts at treatment for Post-traumatic stress disorder (PTSD).

The Unlit Lamp
by Radclyffe Hall - eBooks@Adelaide
The story of Joan Ogden, a young girl who dreams of setting up a flat in London with her friend Elizabeth (a so-called Boston marriage) and studying to become a doctor, but feels trapped by her manipulative mother's emotional dependence on her.
(3848 views)

Martin Eden
by Jack London - Feedbooks
This is a novel by American author Jack London, about a struggling young writer. This book is a favorite among writers, who relate to Martin Eden's speculation that when he mailed off a manuscript, there was no human editor at the other end.
(6989 views)

Jacob the Unicorn
by Stephen Boyer
Jacob is a young man who is seeking his path in the world. He comes from an abusive upbringing and seeks to escape from his misfortunes. Much of the story is set in Jacob's internal world where he fantasizes the good life, unicorns, and love.
(6824 views)