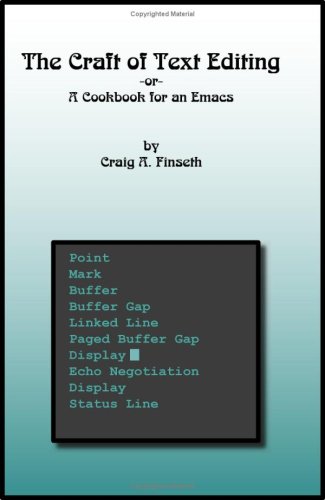 The Craft of Text Editing
by Craig A. Finseth

The Art of UNIX Programming
by Eric S. Raymond - Addison-Wesley Professional
The first part of the book is philosophy and history of UNIX, the second part unfolds the Unix principles into more specific advice about design, the third part focuses on tools for solving problems, and the fourth part is about community.
(10781 views)

C-shell Cookbook
by Malcolm J. Currie - Starlink Project
This cookbook describes the fundamentals of writing scripts using the UNIX C shell. It shows how to combine Starlink and private applications with shell commands and constructs to create powerful and time-saving tools for performing repetitive jobs.
(8352 views)