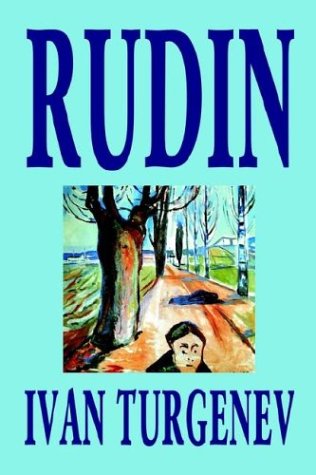 Description:
Tells the story of a character typical to Turgenev -- a superfluous man, weak of will, brimming with indecisive frustration -- and yet tormented by ideals. Rudin is made impotent by the dissonance of honoring the older generations while at the same time embracing the new bold epoch of pre-revolutionary Russia. The theme of melancholic powerless men coupled with vital idealistic women is prevalent in Turgenev's work.

The Charterhouse of Parma
by Stendhal - Feedbooks
The story of the young Italian nobleman Fabrice del Dongo and his adventures from his birth in 1798 to his death in 1829. Fabrice's early years are spent in his family's castle on Lake Como, while most of the novel is set in a fictionalized Parma.
(8403 views)

The Torrents of Spring
by Ivan Turgenev - The Macmillan Company
This literary work, as an unhappy love story, is often understood by readers as a description of Turgenev's own failure in finding romantic love. The story is partly autobiographical with the main character Sanin representing Turgenev himself.
(5879 views)