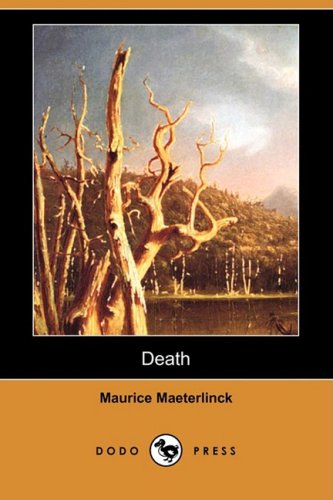 Description:
A philosophical look at death, life and what comes afterwards. Maurice Polydore Marie Bernard, Count Maeterlinck (1862-1949) was a Belgian poet, playwright, and essayist writing in French. The main themes in his work are death and the meaning of life.

Modern Philosophy
by Walter Ott, Alex Dunn - BCcampus
This is a textbook in modern philosophy. It combines readings from primary sources with two pedagogical tools. Paragraphs in italics introduce figures and texts. Numbered study questions ask students to reconstruct an argument from the text.
(3714 views)

Greeks To Geeks: Practical Stoicism in the 21st Century
by Rohan Healy
Welcome to the timeless wisdom of the ancient Greek philosophy of Stoicism. Come and see why I and a growing number of people around the world have turned to the ancient teachings of Stoicism for a happier, healthier and more meaningful life.
(7193 views)

Skilful Thinking: An Introduction to Philosophical Skills
by GJ Rossouw - HSRC Press
Written in a down-to-earth style, this books guides students through the skills that enable them to analyze texts, critically evaluate arguments, and present it clearly. The book also offers advice on studying, time management and exam preparation.
(11552 views)

Modelling Rationality... and Beyond the Physics
by Gh. C. Dinulescu-Campina - American Research Press
The author is convinced that the Platonic theory of reminiscence is not a mere speculation, and the meaning of the spirit of science is the expression of a natural phenomenon which in the sense of the MESER concept is called revelation.
(13665 views)