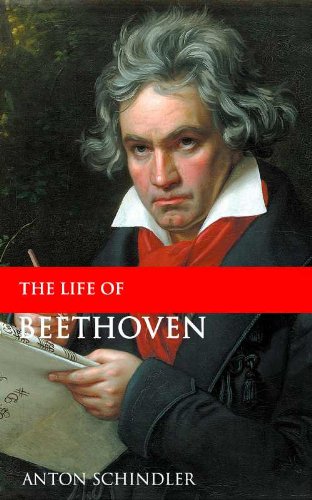 Life of Beethoven
by Anton Schindler

Description:
The life of Beethoven, including his correspondence with his friends, numerous characteristic traits, and remarks on his musical works. The work was first published in 1840 and, in its subsequently expanded form, had a great deal of influence on later Beethoven biography.

Darkest Peru
by Robert Cooke - Smashwords
A struggling actor embarks on an unwise adventure into the Peruvian wilderness. His need to escape 'real life' sees him negotiating the towering Andes and sprawling Amazon basin, fending for himself in a land growing more dangerous by the minute.
(3808 views)

Diary of a Suicide
by Wallace E. Baker - A. and C. Boni
The body of a well-dressed young man was found off Manhattan Beach, Sept. 28th. In his pockets a torn photograph of Strindberg and receipts for three registered letters were found. These receipts were traced to Mr. Herts and to friends in Toronto.
(8842 views)

Leonardo da Vinci: A Life From Beginning to End
- Hourly History
Creativity is found in our very DNA, something not known to Leonardo da Vinci or anyone else who lived in his time. All he did was to uncover the hidden genius which lay within himself, and he used that inner genius to the very best of his abilities.
(2622 views)