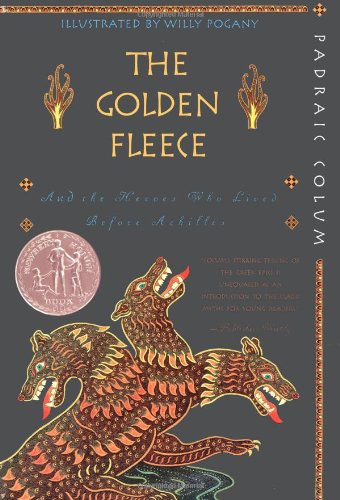 The Golden Fleece: And the Heroes Who Lived Before Achilles
by Padraic Colum

Description:
Enter a world where harpies torment mortals, the Argonaut Orpheus sings, the mighty god Zeus wages war on the Titans, and Prometheus steals fire. Author Padraic Colum weaves the tales of Jason and his Argonauts with classic Greek mythology to create this captivating epic about life, war, and astounding beings who lived in a time long past.

The Iliad and The Odyssey
by Homer - J. Johnson
Stories of love and war, hope and despair, and honor and glory, as relevant today as they were 2500 years ago. These two books are some of the most important books in the literary cannon, having influenced virtually every adventure tale ever told.
(19181 views)

Maha-bharata: The Epic of Ancient India
by Romesh C. Dutt - Dent
Mahabharata relates to a great war in which all the warlike races of Northern India took a share, and may be compared to the Iliad. The vast mass of legends and poetry, accumulated during centuries, was cast in a narrative called the Maha-bharata.
(18646 views)

The Nibelungenlied
- University College, Toronto
There is probably no poem of German literature that has been so much studied and discussed, as the 'Nibelungenlied'. In its present form it is a product of the age of chivalry, but it reaches back to the earliest epochs of German antiquity.
(9971 views)

The Childhood of Rome
by Louise Lamprey - Little, Brown, and Company
The tales of the founding of Rome are many and contradictory. There must have been heroic semi-savage figures like the Romulus of the legends, and the aim of the author has been to re-create the atmosphere and the surroundings in which they lived.
(6596 views)