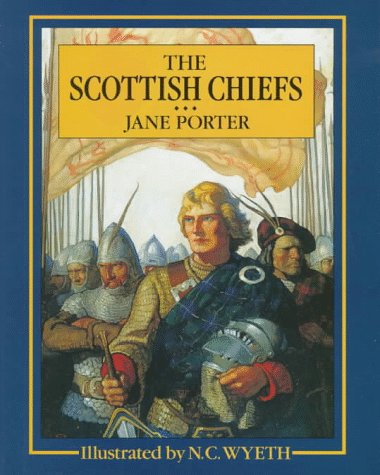 The Scottish Chiefs
by Jane Porter

Description:
Rooted in political controversy, gender warfare, violence, and revolution, Jane Porter's The Scottish Chiefs is the epic story of William Wallace's struggle for Scottish independence from English rule. After the cruel death of his wife at the hands of the English, Wallace embarks on a patriotic crusade to free Scotland, gathering around himself loyal followers of both sexes, drawn from across Scottish society...

Barry Blake of the Flying Fortress
by Gaylord Du Bois - Whitman Publishing Company
His pulses pounding with excitement, Barry Blake gazed across the long runways of Boeing Field at his fighting ship. The great Flying Fortress seemed to perch lightly on the ground, despite her twenty-odd tons. Her propellers were turning slowly ...
(4265 views)

All Things Are Lights
by Robert Shea - Fontana Press
Historical fiction with romance, intrigue, spies, torture, war and the Knights Templar. It takes place during the Inquisition and France's religious crusade into Egypt. The book revolves around a wandering knight and the two women he has loved.
(7450 views)

The Invasion
by William Le Queux - Project Gutenberg
The object of this book is to illustrate our utter unpreparedness for war from a military standpoint; to show how England can be successfully invaded by Germany; and to present a picture of the ruin which must inevitably fall upon us.
(7565 views)