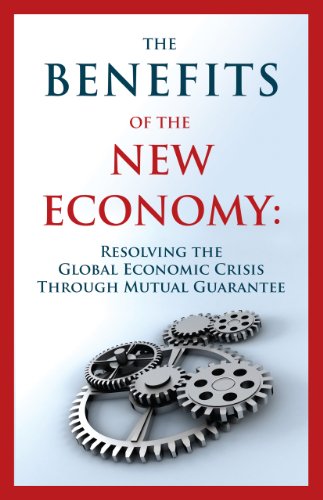 Description:
The aim of The Benefits of the New Economy is to point out the causes of today's economic turmoil and how it can be solved. The road toward solution lies not in any remedy from the past. Rather, it lies with a society where all support each other in mutual guarantee. This creates a social environment of care and consideration, and the understanding that we will rise or fall together, because we are all interdependent.

Deep Freeze: Iceland's Economic Collapse
by Philipp Bagus, David Howden - Ludwig von Mises Institute
In this book, the two young Professors Bagus and Howden document the sad story of the Icelandic government's policy mistakes -- the artificial creation of a boom, and the savage bust that was the inevitable outcome of this boom.
(6593 views)

Determinants of Financial Development
by Yongfu Huang - Palgrave Macmillan
This book investigates the political, economic, policy and geographic determinants of the development of financial markets. The volume examines the causality between financial development and aggregate private investment from an economic perspective.
(6081 views)

Capitalism: A Treatise on Economics
by George Reisman - Jameson Books
Reisman's ringing manifesto for laissez-faire capitalism free of all government intervention is at once a conservative polemic and a monumental treatise, brimming with original theories, remarkable for its depth, scope and rigorous argument.
(15432 views)

The Decline of American Capitalism
by Lewis Corey - Covici, Friede
The depression which set in after 1929 was the worst economic disaster in American history. It was aggravated by the acute world crisis, a major catastrophe of capitalism. The revival, because of its speculative character, did not lead to recovery.
(10538 views)