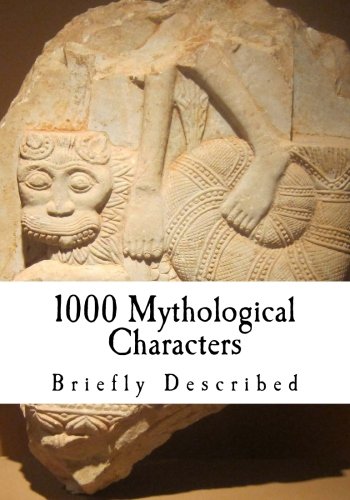 Description:
Every people, no matter how degraded and sunken in barbarism, has some perception, some explanation of, and a more or less well-grounded belief in, a First Cause. Far back among the mists of antiquity, at the remotest beginnings of the shadowy centuries, sits enthroned a Being, who in His infinite might and power brought mankind, the universe, and all animate and inanimate things into existence, and who rewards those of His children who do His will, and punishes those who disobey His commands...

The Childhood of Rome
by Louise Lamprey - Little, Brown, and Company
The tales of the founding of Rome are many and contradictory. There must have been heroic semi-savage figures like the Romulus of the legends, and the aim of the author has been to re-create the atmosphere and the surroundings in which they lived.
(6963 views)

The Iliad and The Odyssey
by Homer - J. Johnson
Stories of love and war, hope and despair, and honor and glory, as relevant today as they were 2500 years ago. These two books are some of the most important books in the literary cannon, having influenced virtually every adventure tale ever told.
(20784 views)

The Nibelungenlied
- University College, Toronto
There is probably no poem of German literature that has been so much studied and discussed, as the 'Nibelungenlied'. In its present form it is a product of the age of chivalry, but it reaches back to the earliest epochs of German antiquity.
(10480 views)

Myths and Myth-Makers
by John Fiske
Old Tales and Superstitions Interpreted by Comparative Mythology. Contents: The Origins of Folk-Lore; Descent of Fire; Werewolves and Swan-Maidens; Light and Darkness; Myths of the Barbaric World; Juventus Mundi; The Primeval Ghost-World.
(9339 views)