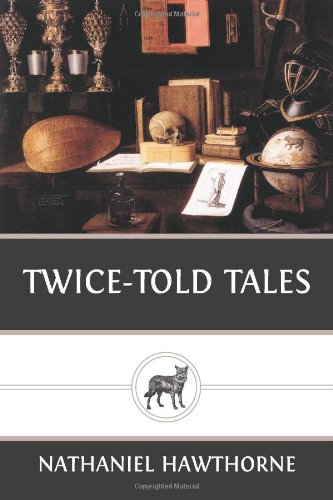 Description:
Collection of previously published short stories by Nathaniel Hawthorne, issued in 1837 and revised and expanded in 1842. The stories reflect Hawthorne's moral insight and his lifelong interest in the history of Puritan New England.

The House of the Seven Gables
by Nathaniel Hawthorne - E.P. Dutton
Romance set in mid-19th-century Salem, Mass., the work is a somber study in hereditary sin based on the legend of a curse pronounced on Hawthorne's own family by a woman condemned to death during the infamous Salem witchcraft trials.
(10288 views)

The Marble Faun
by Nathaniel Hawthorne - eBooks@Adelaide
Murder and romance, innocence and experience dominate this sinister novel set in 19th-century Rome. Three young artists and their friend, an Italian count, find their lives irrevocably linked when one of them commits a violent crime of passion.
(5315 views)

Septimius Felton
by Nathaniel Hawthorne - eBooks@Adelaide
One of Nathaniel Hawthorne's later works, a thought-provoking tale of murder most foul. One of a series of the author's works that grapple with themes of immortality, written shortly before Hawthorne himself succumbed to a mysterious illness.
(3578 views)