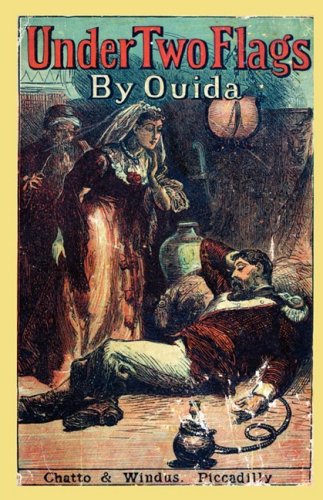 Under Two Flags
by Ouida

Description:
Handsome young Bertie Cecil, star horseman, pride of the Queen's guards, and heir to the Royallieu fortune, is forced to flee England when he accepts the blame for a scandal that threatens the honour of his mistress and the reputation of his younger brother. Faking his death, Cecil heads to Algeria, where he enlists anonymously in the Foreign Legion and serves under the French flag...

Ding Dong!! Is She Dead?
by Alathia Morgan - ReadFrom.net
Sent into Witness Protection, Allie goes to deliver her friend's beauty products only to find her door hanging on its hinges and a trail of blood leading to a body. Danger follows Allie as she takes on different situations that risk her life.
(3797 views)

Alex Hollick: Origins
by Andrew Downs - Smashwords
A young field agent enters a dark underworld of the FBI, where he participates in the cover-up of a fellow agent's corruption while protecting the woman of his dreams. The Alex Hollick Series takes readers into an underworld of secretive agendas...
(6303 views)

Wheels in the Sky
by John Eider - Smashwords
The American President announces plans for a space station that will orbit the Earth with a crew of ten-thousand. But his plans draw out both the hopes and fears of the nation, and soon the project becomes embroiled in controversy and dispute.
(2561 views)

The Man with the Clubfoot
by Valentine Williams - P. F. Collier & Son
An espionage/Adventure classic. Williams has penned a thrilling page-turner of mystery, love, adventure, and intrigue. Clubfoot, that sinister figure, who limps menacingly, is one of the most ingenious secret agents in Europe ...
(5107 views)