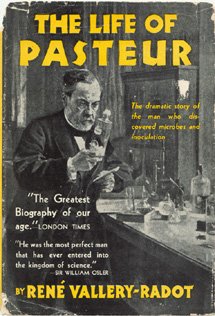 The Life of Pasteur
by Rene Vallery-Radot

Description:
Whether to admire more the man or his method, the life or the work, I leave for the readers of this well-told story to decide. Among the researches that have made the name of Pasteur a household word in the civilised world, three are of the first importance -- a knowledge of the true nature of the processes in fermentation -- a knowledge of the chief maladies which have scourged man and animals -- a knowledge of the measures by which either the body may be protected against these diseases, or the poison neutralised when once within the body.

Charles Lyell and Modern Geology
by Thomas George Bonney - Macmillan and co
Lyell, while still a young man, determined that he would endeavour to put geology -- then only beginning to rank as a science -- on a more sound and philosophical basis. To accomplish this purpose, he spared no labour, shrank from no fatigue.
(11429 views)

Michael Faraday
by J. H. Gladstone - Macmillan
Impressions of Michael Faraday's life, his character, and his method of working. This little book designed for those of his fellow-countrymen who venerate his noble character without being able to follow his scientific researches.
(4016 views)

The Copernicus of Antiquity: Aristarchus of Samos
by Thomas Little Heath - The Macmillan Company
The crowning achievement of anticipating the hypothesis of Copernicus belongs to Aristarchus of Samos alone; but to see it in its proper setting it is necessary to have followed in the footsteps of the earlier pioneers ...
(1357 views)