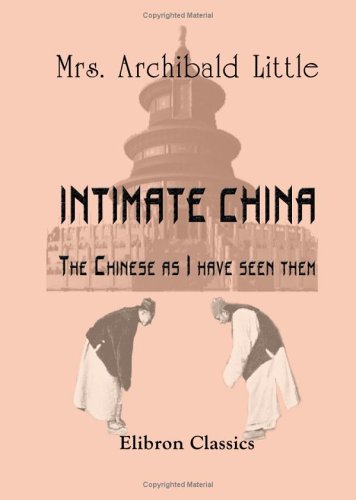 Description:
The Chinese Empire is rather larger than Europe. Being on the eastern side of a great continent, it has the same extremes of climate as are to be found in the United States. Fruits, flowers, and crops vary in like manner. Peking is on about the same parallel as Madrid, Chungking as Cairo, Shanghai as Madeira.

Your Singapore: Little Black Book
- Singapore Tourism Board
Scratched beneath the surface, this high achiever clearly wants to be the best and first at everything: home to some of the world's swankiest hotels; host of the world's first F1 night race; home to the world's biggest observation wheel.
(10443 views)

Altai-Himalaya: A Travel Diary
by Nicholas Roerich - Nicholas Roerich Museum
Nicholas Roerich kept a diary of his travels by yak and camel through a remote region still largely unknown today. He chronicles his expedition through Sinkiang, Altai-Mongolia and Tibet from 1924 to 1928 in twelve exciting chapters.
(4348 views)

Modern India
by William Eleroy Curtis - Fleming H. Revell Co.
A series of letters written during the winter of 1903-04: The Eye of India; The City of Bombay; Servants, Hotels, and Cave Temples; The Empire of India; Two Hindu Weddings; The Religions of India; How India Is Governed; The Railways of India; etc.
(30661 views)