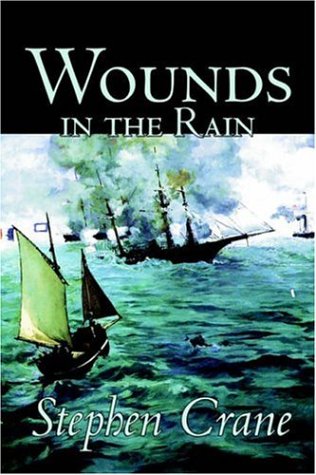 Wounds in the Rain
by Stephen Crane

Description:
For the most part, these tales are episodic, reports of isolated instances -- the profanely humorous experiences of correspondents, the magnificent courage of signalmen under fire, the forgotten adventure of a converted yacht -- but all are instinct with the red fever of war, and are backgrounded with the choking smoke of battle.

The Red Badge of Courage
by Stephen Crane - D. Appleton
This book is the benchmark for modern anti-war literature. Crane based this story of a soldier's experiences during the American Civil War on the 1863 Battle of Chancellorsville. Critics consider its stylistic strength the mark of a literary classic.
(10883 views)

Active Service
by Stephen Crane - Frederick A. Stokes Co.
Rufus Coleman is now a respectable member of society. He is hoping to marry Majory Wainwright despite her father's reservations. As the war between Turkey and Greece erupts we find Majory unable to return from her trip to Greece ...
(1316 views)

Whilomville Stories
by Stephen Crane - Harper & Brothers
This collection consists of thirteen stories: The Angel Child; Lynx-Hunting; The Lover and the Telltale; Showin' Off; Making an Orator; Shame; The Carriage-Lamps; The Knife; The Stove; The Trial, Execution, and Burial of Homer Phelps; The Fight; etc.
(1450 views)