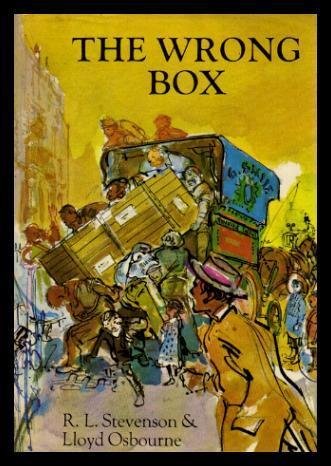 Description:
The Wrong Box is a black comedy novel co-written by Robert Louis Stevenson and Lloyd Osbourne, first published in 1889. The story is about two brothers who are the last two surviving members of a tontine. The book is notable for being the first of three novels that Stevenson co-wrote with Osbourne, who was his stepson.

The Black Arrow: A Tale of the Two Roses
by Robert Louis Stevenson - Charles Scribner's Sons
This is Robert Louis Stevenson's historical romance set during the War of the Roses. The time is 15th century England, and Richard Shelton, the young hero, overcomes one obstacle after another in his quest to rescue Joanna, his love.
(8906 views)

Treasure Island
by Robert Louis Stevenson - Harper & Brothers
The most popular pirate story ever written, Treasure Island has been happily devoured by several generations of boys and girls. Jim Hawkins finds himself owner of a map to Treasure Island, where the fabled pirate booty is buried.
(14519 views)