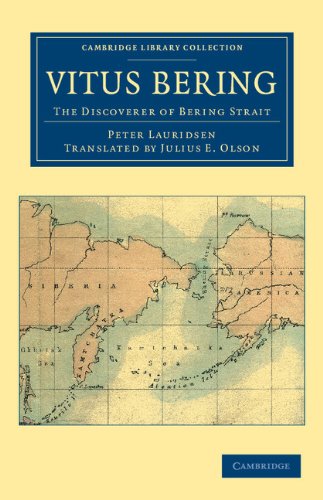 Vitus Bering: the Discoverer of Bering Strait
by Peter Lauridsen

Description:
Vitus Bering (1681-1741) was a Danish-born Russian navigator. Published in English translation for the American market in 1889, this sympathetic biography by the historian and geographer Peter Lauridsen (1846-1923) had originally appeared in Danish in 1885.

The Collected Works of Abraham Lincoln
by Abraham Lincoln - The Abraham Lincoln Association
Abraham Lincoln was the sixteenth President of the United States, serving from 1861 until his assassination. This immense collection includes Lincoln's speeches, letters, and telegrams. It provides a vivid picture of history as lived day-to-day.
(12786 views)

The Life of Christopher Columbus
by Edward Everett Hale - Classic Reader
This book contains a life of Columbus, written with the hope of interesting all classes of readers. I have followed on the lines of his own personal narrative wherever we have it. And where this is lost I have used the contemporary authorities.
(12920 views)

Nero
by C. Suetonius Tranquillus - ManyBooks
The work, written in AD 121, was the most popular work of Suetonius, Hadrian's personal secretary, and is the largest among his surviving writings. It is considered very significant in antiquity and remains a primary source on Roman history.
(7384 views)