Vitus Bering: the Discoverer of Bering Strait
by Peter Lauridsen - S. C. Griggs & Co. , 1889
Vitus Bering (1681-1741) was a Danish-born Russian navigator. Published in English translation for the American market in 1889, this sympathetic biography by the historian and geographer Peter Lauridsen, had originally appeared in Danish in 1885.
(6592 views)

The Great White North: The Story of Polar Exploration
by Helen S. Wright - The Macmillan co. , 1910
The material for this book has been gathered from the rich storehouse of Arctic Literature. I bring to the reader's mind a record of brilliant deeds that go to make the history of the far North, and let the explorers themselves tell the story ...
(3881 views)

The Travels of Marco Polo
by Marco Polo - J.M. Dent , 1929
One of the greatest books of all time -- a vast treasury of invaluable observations on the peoples and geography of the Near East and Asia in the 13th century. Detailed descriptions of cities, customs, laws, crops, animals, political systems, etc.
(5991 views)

The Australian Explorers
by George Grimm - George Robertson & Co. , 1888
The story of the exploration of Australia is one which we cannot let die. There are many reasons for keeping alive the remembrance of such heroic deeds. It is due to the memory of those men who took their lives in their hands ...
(5649 views)

South: the story of Shackleton's last expedition
by Sir Ernest Shackleton - Macmillan , 1920
As war clouds darkened over Europe in 1914, a party led by Sir Ernest Shackleton set out to make the first crossing of the entire Antarctic continent via the Pole. But their initial optimism was short-lived as ice floes closed around their ship...
(4407 views)

Inca Land: Explorations in the Highlands of Peru
by Hiram Bingham - Houghton Mifflin Company , 1922
Hiram Bingham (1875 - 1956) is generally recognized as the discover of Machu Picchu, although other Europeans have claim to have seen it earlier. This detailed narrative is his record of the exploration that led to Machu Picchu.
(7169 views)

Discovery of the North Pole
by J. Martin Miller - J. T. Moss , 1909
An interesting discussion of the race to the North Pole by Peary and Cook, and the subsequent debate of who got there first. Also contains a good history of previous attempts to reach the Pole and the perils of polar exploration.
(4592 views)

Principal Navigations, Voyages, Traffiques and Discoveries of the English Nation
by Richard Hakluyt , 1589
Topics: Voyages to the North and North East, from Arthur's Expedition to Norway to the Expedition to Cadiz; Voyages to the South and South East, beginning with that of the Empress Helena to Jerusalem; West Indies in 1170; voyages of Columbus; etc.
(7775 views)

The Life of Christopher Columbus
by Edward Everett Hale - Classic Reader , 2008
This book contains a life of Columbus, written with the hope of interesting all classes of readers. I have followed on the lines of his own personal narrative wherever we have it. And where this is lost I have used the contemporary authorities.
(12920 views)

A General History of all Voyages and Travels
by Du Perier - Curll , 1708
Travels throughout the world, from the first ages to this present time, illustrating both the ancient and modern geography, containing an accurate description of each country, its natural history and product, religion, customs, manners, trade, etc.
(9621 views)

The Great Navigators of the Eighteenth Century
by Jules Verne - Duckworth Publishers , 1880
Verne recounts the voyages of various European navigators to all parts of the globe. He gives detailed accounts of the explorers' climactic and navigational hazards, and their discoveries, conveying the sense of adventure enjoyed by the explorers.
(12835 views) 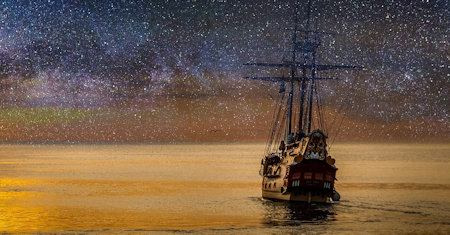