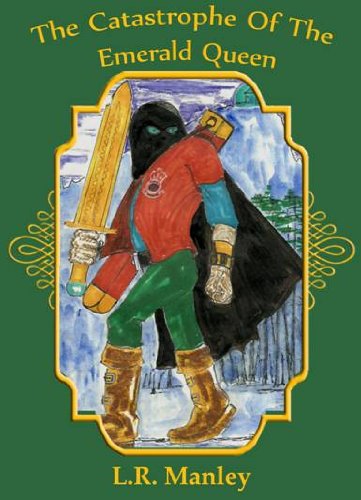 The Catastrophe of the Emerald Queen
by LR Manley

Description:
Eleven year old Sophie Roberts is in a coma in hospital following a car accident. When bored and curious eleven year old boy Jared Miller stumbles upon a monstrous assassin in her room, he and Sophie are saved only by the intervention of a warrior from the magical world of Alegria, a world linked to our own by Sophie and a world which is in dire peril as long as she remains in her coma.

The Ghosts of Earth
by Paul Dore - ManyBooks
The first book describes the beginnings of a universe - the origins of space and time, and of consciousness itself. These cataclysmic events set in train the Truthfarers' quest, and the account of their journey Homewards.
(12472 views)

Butcher Bird
by Richard Kadrey - Night Shade Books
Spyder Lee is a happy man who owns a tattoo shop. One night a demon tries to bite his head off before he’s saved by a stranger. The demon infected Spyder so that he can suddenly see the world as it really is: full of angels, demons and monsters.
(14605 views)

Dragonspower
by Tantse Thompson - Bibliotastic.com
At the end of the Huri Wars the Dragons were betrayed and locked in crystal orbs by an elf who had been seduced by the Black Arts. One of the Dragons evaded capture and hid his power until centuries later it found its' way to a young orphan girl.
(10302 views)

Deserted Cities of the Heart
by Lewis Shiner - Subterranean Press
An anthropologist and his alienated brother reunite in Mexico to reenact an ancient Mayan myth of the end of the world in this surrealistic fantasy by the author of Frontera. Shiner captures the complexities of both modern and ancient reality.
(7738 views)