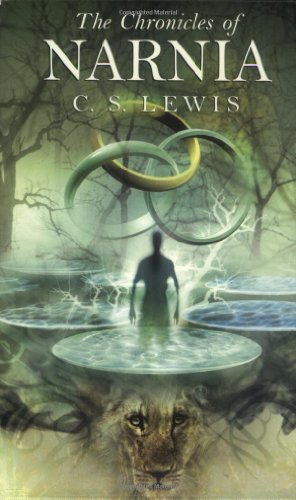 The Chronicles of Narnia [Audio Book]
by C. S. Lewis

Description:
Narnia is the land of enchantment, glory, nobility -- home to the magnificent Aslan, cruel Jadis (the White Queen), heroic Reepicheep, and kind Mr. Tumnus. All the magic of C.S. Lewis's Narnia is bewitching readers for almost 50 years.

Nina Kimberly the Merciless
by Christiana Ellis - Dragon Moon Press
She's on a mission to kill the man who loves her. Why? Because he's an idiot. Ten years ago, Nina was cheated out of the life of adventure that she truly deserves. Her father met his first and only defeat at the hands of, well... a gopher hole.
(9640 views)

Kundalini Awakens Zeballos
by Mallory Wilkins - Bibliotastic.com
Airik Alcadinho has a vision of an environmentally friendly retreat. It is a healing habitat for kids from different cultures who suffer depression and guilt from rebelling against family heritage while attempting to be more like their friends.
(7676 views)

Moonchild
by Aleister Crowley - Feedbooks
Lisa is seduced by a white magician and persuaded into helping him in a magical battle with a black magician. The magician is attempting to raise the level of his force by impregnating the girl with the soul of an ethereal being -- the moonchild.
(11720 views)

Deserted Cities of the Heart
by Lewis Shiner - Subterranean Press
An anthropologist and his alienated brother reunite in Mexico to reenact an ancient Mayan myth of the end of the world in this surrealistic fantasy by the author of Frontera. Shiner captures the complexities of both modern and ancient reality.
(7622 views)