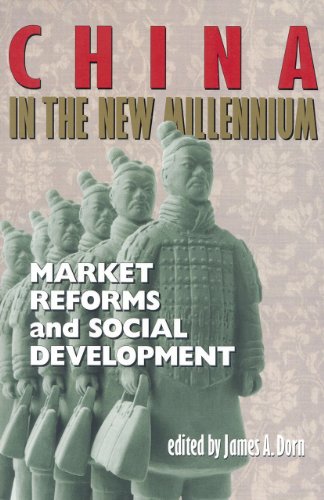 China in the New Millennium: Market Reforms and Social Development
by James A. Dorn (ed.)

Description:
The essays included in this volume examine the state of China's economic reforms, the institutional changes necessary for China to become a global economic power, and the interplay between market reforms and social development in China.

Privatization of Roads and Highways
by Walter Block - Ludwig von Mises Institute
This treatise on private roads will cause you to rethink the way modern transportation networks operate. It shows how free-market economic theory is the clarifying lens through which to see the alternative that is consistent with human liberty.
(14164 views)

Capital at the Brink: Overcoming the Destructive Legacies of Neoliberalism
by Jeffrey R. Di Leo, Uppinder Mehan (eds.) - Michigan Publishing
The book reveals the pervasiveness, destructiveness, and dominance of neoliberalism within American society and culture. The contributors also offer points of resistance to an ideology wherein everything either is for sale or is plundered for profit.
(6094 views)

China: Linking Markets for Growth
by Ross Garnaut, Ligang Song - Anu E Press
China’s prosperity is at the core of the emerging Platinum Age of global economic growth. This volume gathers together leading scholars on China’s economic success and its effect on the world economy into the next few decades.
(16897 views)

A Century of War
by John V. Denson - Ludwig Von Mises Institute
The book covers the history of America's large wars from 1860 through the Cold War, describing the 20th century as the bloodiest in all history. Denson recounts how the wars came about through a series of deceitful political ploys.
(17066 views)