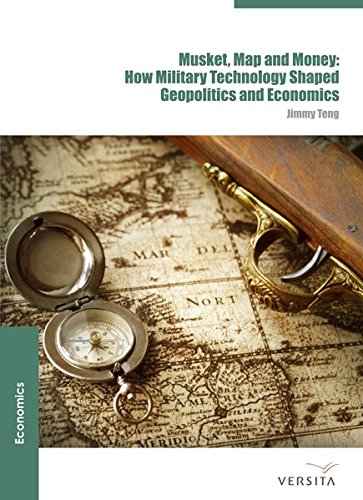 Description:
Military technological changes decisively shaped geopolitics and the fortunes of states, empires and civilizations. In his book Jimmy Teng claims that to understand the impacts of these military technological changes is in fact to understand the causes behind the following major historical puzzles or important facts: the leading position of the Near East during the dawn of civilization; the splendid achievements of Greece, India and China during the axial era; the classical golden age of India under the Gupta Empire; etc.

Modeling Bounded Rationality
by Ariel Rubinstein - The MIT Press
The author considers the modeling of choice, the modeling of procedural rationality, knowledge, memory, the choice of what to know, and group decisions. The second part discusses the fundamental difficulties of modeling bounded rationality in games.
(11778 views)

The Secret Sins of Economics
by Deirdre McCloskey - Prickly Paradigm Press
In this pamphlet, McCloskey reveals what she sees as the secret sins of economics (there are two) that no one will discuss. In her view, these sins cripple economics as a scientific enterprise. She writes with passion and an unusually wide scope.
(11569 views)

Making Economic Sense
by Murray N. Rothbard - Ludwig Von Mises Institute
The goal of this hefty tome by this master economist is to communicate with the public about economic theory and policy, in the form of articles. No economist has ever written so clearly about subjects usually wrapped in mystery.
(13541 views)