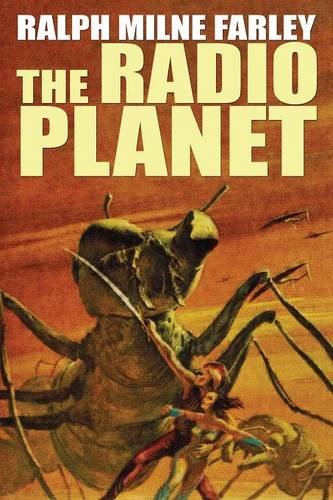 Description:
When Myles Cabot, inventor of radio transmission of matter, returned to Venus he found himself alone on an unknown continent on that alien planet. To get back to his old headquarters and his loved ones presented some apparently impossible problems. He'd have to settle a war between the near-primitive natives and an unholy alliance of monsters, dinosaurs, and giant insects.

Zero Hour
by Alexander Blade - BooksFairy.com
This is a short science fiction story produced from 'Imagination', April, 1956. By accident Bobby discovered the rocket was about to be shot to the Moon. Naturally he wanted to go along. But could he smuggle himself aboard?
(12474 views)

Mission of Gravity
by Hal Clement - Galaxy Publishing
An exciting hard science quest on a thoroughly alien world. Mesklin is a vast planet, so cold that its oceans are liquid methane and its snows are frozen ammonia. It is a world spinning dizzyingly, a world where gravity can be a crushing 700g ...
(177 views)

Message from Gondwana
by David Wiley - Smashwords
A corporation sends a team to Gondwana, a jungle planet. It is perfect for pharmaceutical prospecting, exotic vegetation loaded with strange chemical compounds. The newest member of the team, Lani Callis, wants to impress the team ...
(4248 views)

Life Artificial
by David A Eubanks - lifeartificial.com
The logs of an artificial intelligence in a post-apocalyptical world. Their survival depends on their ability to perform jobs and not to upset the 'Stickies', the mistrusting remains of humankind. Hard, elaborate science fiction in a dark future.
(6205 views)