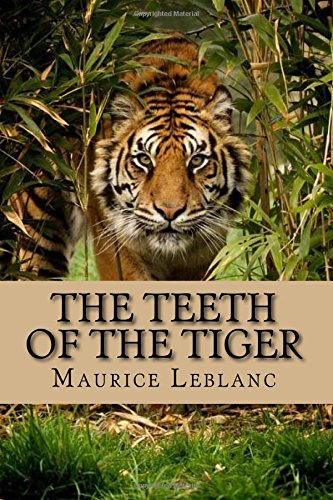 The Teeth of the Tiger
by Maurice LeBlanc

Description:
Regarded by many as one of the best novels featuring criminal mastermind Arsene Lupin, The Teeth of the Tiger centers around a massive inheritance that is being managed by a mysterious nobleman named Don Luis Perenna. But when the heirs and heiresses who are owed part of the fortune begin turning up dead, Perenna's true identity is called into question.

813
by Maurice LeBlanc - ManyBooks
When one of Arsene Lupin' victims is found dead in a way that implicates the wily criminal, he insists on heading the police search for the real murderer. The mystery involves finding a clock on which the number 813 has significance.
(4803 views)

The Golden Triangle: The Return of Arsene Lupin
by Maurice LeBlanc
In this dramatic story M. Leblanc is chiefly concerned with the mystery that surrounds the 'Little Mother Coralie,' a volunteer nurse working in a military hospital in Paris, and Captain Belval, one of her patients who has lost a leg in the war.
(7594 views)

Arsene Lupin
by Maurice LeBlanc
Leblanc's creation, gentleman thief Arsene Lupin, is everything you would expect from a French aristocrat -- witty, charming, brilliant, sly ... and possibly the greatest thief in the world. This is the first entry in the series about Arsene Lupin.
(2151 views)

The Woman of Mystery
by Maurice LeBlanc - The Macaulay Co
The author paints a wonderful tale of WWI in France, twined together with the mystery surrounding the murder of main character Paul's father. Maurice LeBlanc became famous for the creation of Arsene Lupin, a gentleman thief and master of disguise.
(5157 views)