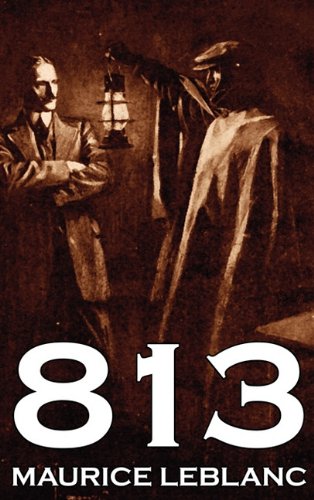 Description:
When one of Arsene Lupin' victims is found dead in a way that implicates the wily criminal, he insists on heading the police search for the real murderer. The mystery involves finding a package of letters once written to Bismarck, locating a clock on which the number 813 has significance, as well as causing a reigning emperor to make several journeys incognito. Murders by the dozens, suicide and mild forms of torture are warp and woof of the plot.

The Blonde Lady
by Maurice LeBlanc - Doubleday, Page & company
The Blonde Lady sees Arsene Lupin once again meeting his enemy, the English detective Herlock Sholmes. These two great intellects are bound in opposite directions, where one chooses to abide to the law and the other uses his power and wits to crime.
(2091 views)

Arsene Lupin
by Maurice LeBlanc
Leblanc's creation, gentleman thief Arsene Lupin, is everything you would expect from a French aristocrat -- witty, charming, brilliant, sly ... and possibly the greatest thief in the world. This is the first entry in the series about Arsene Lupin.
(2149 views)

The Woman of Mystery
by Maurice LeBlanc - The Macaulay Co
The author paints a wonderful tale of WWI in France, twined together with the mystery surrounding the murder of main character Paul's father. Maurice LeBlanc became famous for the creation of Arsene Lupin, a gentleman thief and master of disguise.
(5156 views)