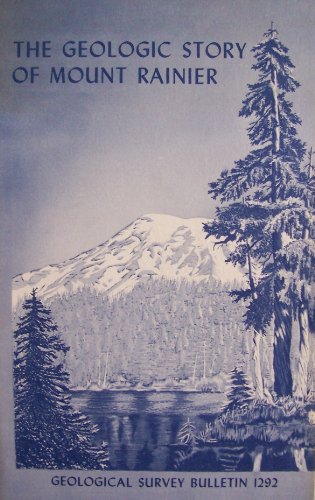 The Geologic Story of Mount Rainier
by Dwight R. Crandell

Description:
Ice-clad Mount Rainier, towering over the landscape of western Washington, ranks with Fuji-yama in Japan, Popocatepetl in Mexico, and Vesuvius in Italy among the great volcanoes of the world. At Mount Rainier, as at other inactive volcanoes, the ever-present possibility of renewed eruptions gives viewers a sense of anticipation, excitement, and apprehension not equaled by most other mountains.

Volcanoes of the United States
by Steven R. Brantley - US. Government Printing Office
The U.S. ranks third, behind Indonesia and Japan, in the number of historically active volcanoes. A few volcanoes have produced some of the largest and most dangerous types of eruptions in this century, while several others have threatened to erupt.
(1470 views)

Shaping a Nation: A Geology of Australia
by Richard Blewett (ed.) - ANU Press
Presented in a refreshingly non-linear format, the book summarises much of what we know about this country's geological history, discussing the fossil record and evolution of life across the continent, describing its mineral and energy reserves.
(1947 views)