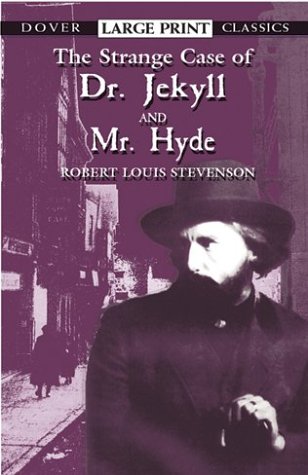 The Strange Case of Dr. Jekyll and Mr. Hyde
by Robert Louis Stevenson

Description:
The young Robert Louis Stevenson suffered from repeated nightmares of living a double life, in which by day he worked as a respectable doctor and by night he roamed the back alleys of old-town Edinburgh. In three days of furious writing, he produced a story about his dream existence. His wife found it too gruesome, so he promptly burned the manuscript. In another three days, he wrote it again. The Strange Case of Dr. Jekyll and Mr. Hyde was published as a 'shilling shocker' in 1886, and became an instant classic. In the first six months, 40,000 copies were sold. Queen Victoria read it. Sermons and editorials were written about it. When Stevenson and his family visited America a year later, they were mobbed by reporters at the dock in New York City. Compulsively readable from its opening pages, Dr. Jekyll and Mr. Hyde is still one of the best tales ever written about the divided self.

The Pavilion on the Links
by Robert Louis Stevenson - Chatto & Windus
Two solitary men, once as close to being friends, meet again on Scottish coast. Northmour has brought the corrupt banker Huddlestone, and his beautiful daughter whom Northmour is pursuing, to seek concealment in an isolated pavilion by the sea.
(6073 views)