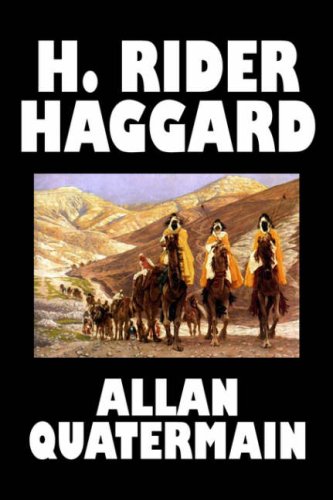 Description:
In King Solomon's Mines, Haggard introduces the reader to Allan Quatermain, now one of the most famous literary adventure characters. Second in the series, this book, Allan Quatermain, continues the story of this daring man and chronicles in first person (and through correspondence from some of his fictitious companions) his adventures in Africa. Thought to be one of the fictional characters upon which another such person, Indiana Jones, is based, Quatermain is nevertheless a humble man.

The People of the Mist
by H. Rider Haggard - Ditchingham
Sir Henry Rider Haggard wrote many great works, and this is an underappreciated treasure, a beautifully written, exciting, and moving tale of adventure, love, sacrifice and a lost civilization in Africa. Written in the late 1800's.
(5988 views)

The World's Desire
by H. Rider Haggard, Andrew Lang - ManyBooks
The story of the hero Odysseus after his untold second journey. Returning to his home, Ithaca, the region ravaged by a plague, his wife seemingly slain, Odysseus begins his final quest. This book might be called The Further Adventures of Odysseus.
(5237 views)