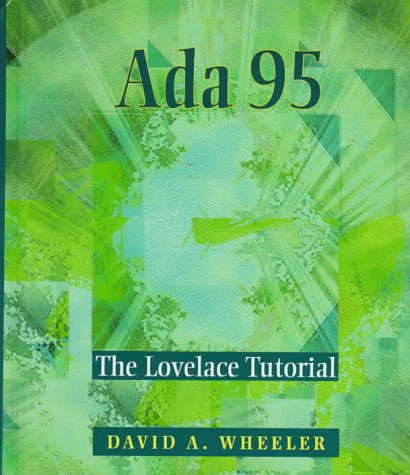 Ada 95: The Lovelace Tutorial
by David A. Wheeler

Description:
An introduction to Ada 95, one of the most widely used programming languages in the world. The reader is assumed to have a basic understanding of programming, no prior exposure to Ada is assumed. Each chapter is composed of short sections designed to cover key concepts and to provide a test question to check the reader's understanding of the concepts covered. Object-oriented facilities of Ada are covered in depth, and all of the essential features of Ada programming are covered thoroughly.

The Big Online Book of Linux Ada Programming
by Ken O. Burtch - PegaSoft
This text covers basic software development on Linux, a review of the core Ada 95 language, and an introduction to designing programs that work with the Linux kernel and standard C libraries. It also covers some of the Ada bindings.
(14161 views)

Introducing Ada 95
by John Barnes
Ada is a language of special value in the development of large programs which must work reliably. This document introduces Ada 95, which increases the flexibility of Ada making it applicable to wider domains but retains the inherent reliability.
(17042 views)