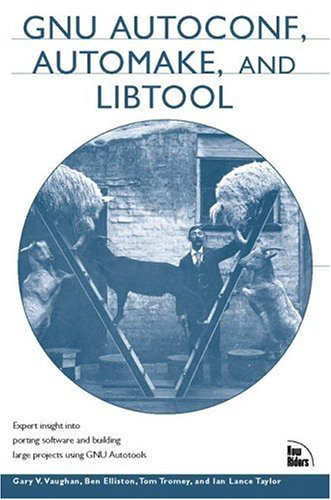 Description:
The GNU autoconf, automake, and libtool "autotools" are powerful tools that simplify writing software on different platforms. This book is a technically adept and expert guide to using these utilities effectively. Any C/C++ or script programmer who writes software under Unix/Linux will want to have a copy of this book to make better use of these powerful and sometimes obscurely documented tools.

Linux Shell Scripting Tutorial: A Beginner's Handbook
by Vivek G. Gite - nixCraft
This tutorial is designed for beginners who wish to learn the basics of shell scripting/programming plus introduction to power tools such as awk, sed, etc. This document contains examples rather than all the features of shell.
(12454 views)

The Linux Programmer's Guide
by Sven Goldt, at al.
This guide helps Linux programmers understand the peculiarities of Linux. It should be useful when porting programs from other operating systems. It describes the system calls and the major kernel changes which have effects on older programs.
(10889 views)