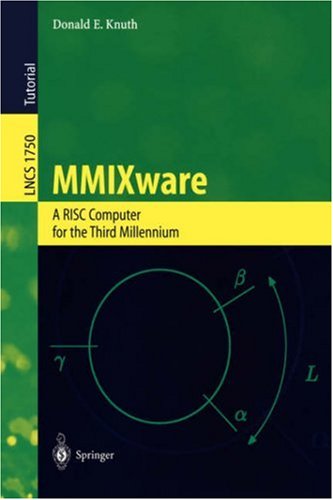 MMIXware: A RISC Computer for the Third Millennium
by Donald E. Knuth

Description:
MMIX is a RISC computer designed by Donald Knuth to illustrate machine-level aspects of programming. This book constitutes a collection of programs written in CWEB that make MMIX a virtual reality. Among other utilities, an assembler converting MMIX symbolic files to MMIX objects and two simulators executing the programs in given object files are provided. The latest version of all programs can be downloaded from MMIX's home page. The book provides a complete documentation of the MMIX computer and its assembly language.

PC Assembly Language
by Paul A. Carter
The book discusses how to program the 80386 and later processors in protected mode. The tutorial has extensive coverage of interfacing assembly and C code and so might be of interest to C programmers who want to learn about how C works under the hood.
(18917 views)

The Power PC Compiler Writer's Guide
by Steve Hoxey, at al. - Warthman Associates
This book describes the code patterns that perform well on PowerPC processors. The book will be particularly helpful to compiler developers and application-code specialists who are already familiar with optimizing compiler technology.
(16946 views)

Easy 6502
by Nick Morgan - GitHub
In this tiny e-book I'm going to show you how to get started writing 6502 assembly language. The 6502 processor was massive in the seventies and eighties, powering famous computers like the BBC Micro, Atari 2600, Commodore 64, Apple II, etc.
(5621 views)