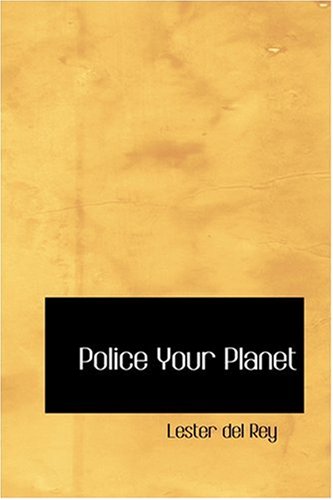 Description:
Bruce Gordon was an ex-fighter, ex-gambler, ex-cop, ex-reporter, and now he was an ex-patriot of Earth. Security shipped him to Mars with a knife, 100 credits, and a yellow card that meant no return. A science fiction novel that would appeal to Mickey Spillane fans, Police Your Planet features lots of violence, beatings, and blood. But this isn't just a crime novel put into space; this is a hard SF novel, and the terraforming of Mars is central to the story.

Blindsight
by Peter Watts - Tor Books
In this stimulating hard SF novel, the author explores the nature of consciousness. The book combines riveting action with a fascinating alien environment. In the late 21st century something alien is discovered beyond the edge of the solar system.
(14930 views)

The Radio Planet
by Ralph Milne Farley - Ace Books
When Myles Cabot, inventor of radio transmission of matter, returned to Venus he found himself alone on an unknown continent on that alien planet. To get back to his old headquarters and his loved ones presented some apparently impossible problems.
(2365 views)

Accelerando
by Charles Stross - Ace Hardcover
The Macz family has struggled for three generations to cope with the technological achievements that have rendered humans near obsolete. Then, something starts to annihilate all biological lifeforms. A novel destined to change the face of the genre.
(13195 views)