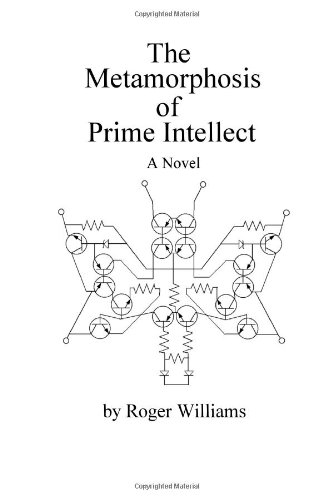 The Metamorphosis of Prime Intellect
by Roger Williams

Description:
In a time not far from our own, Lawrence sets out simply to build an artificial intelligence that can pass as human, and finds himself instead with one that can pass as a god. Taking the Three Laws of Robotics literally, Prime Intellect makes every human immortal and provides instantly for every stated human desire.

Zero Hour
by Alexander Blade - BooksFairy.com
This is a short science fiction story produced from 'Imagination', April, 1956. By accident Bobby discovered the rocket was about to be shot to the Moon. Naturally he wanted to go along. But could he smuggle himself aboard?
(12356 views)

The Radio Planet
by Ralph Milne Farley - Ace Books
When Myles Cabot, inventor of radio transmission of matter, returned to Venus he found himself alone on an unknown continent on that alien planet. To get back to his old headquarters and his loved ones presented some apparently impossible problems.
(2324 views)

Passengers to Zeta Nine
by Peter Salisbury - Smashwords
The second of Peter Salisbury's Passenger novels. The electronic mind patterns and DNA records of Raife Harris and Doctor Nancy Zing have travelled amongst the stars for one hundred and twenty years. They will be the first humans to see Zeta Nine.
(4789 views)

Life Artificial
by David A Eubanks - lifeartificial.com
The logs of an artificial intelligence in a post-apocalyptical world. Their survival depends on their ability to perform jobs and not to upset the 'Stickies', the mistrusting remains of humankind. Hard, elaborate science fiction in a dark future.
(6155 views)