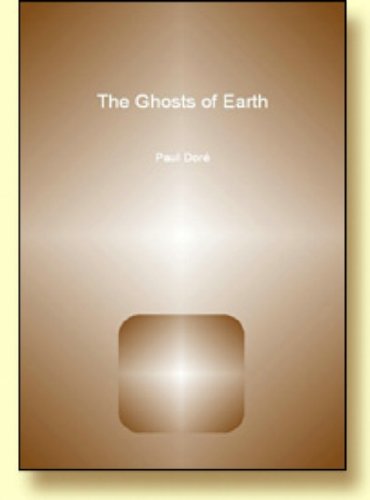 The Ghosts of Earth
by Paul Dore

Description:
The first book describes the beginnings of a universe - the origins of space and time, and of consciousness itself. These cataclysmic events set in train the Truthfarers' quest, and the account of their journey Homewards. This history follows the adventures of two of these beings as they travel from the skies of an ancient planet to the realm of the gods, and then onwards to the freezing landscape of a new world, before finally encountering the subterranean regions of the Gaki.

Mortal Ghost
by L. Lee Lowe - lleelowe.com
It's a fiery hot summer, and sixteen-year-old Jesse Wright is on the run. An oddly gifted boy, he arrives in a new city where the direction of his life is about to change. He is beset by visions of a stranger who is being brutally tortured.
(7722 views)

Entropic Quest
by Tom Lichtenberg, John Lichtenberg
Four people are selected, seemingly at random, by an invisible being who communicates to them through wild animals. They are told they must go somewhere, find something, take it somewhere and do something with it. This is all they know.
(8154 views)