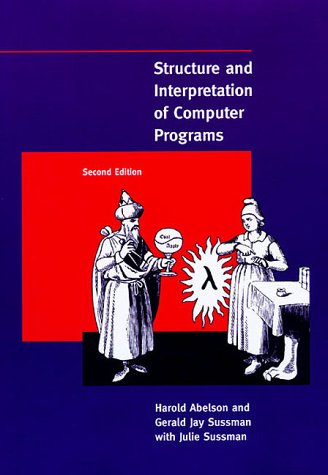 Description:
Abelson and Sussman's classic Structure and Interpretation of Computer Programs teaches readers how to program by employing the tools of abstraction and modularity. The authors' central philosophy is that programming is the task of breaking large problems into small ones. The book spends a great deal of time considering both this decomposition and the process of knitting the smaller pieces back together.

Semantics With Applications: A Formal Introduction
by Hanne Riis Nielson, Flemming Nielson - John Wiley & Sons
The book covers the foundations of structural operational semantics and natural semantics. It shows how to describe the semantics of declarative as well as imperative language constructs and will also touch upon non-sequential constructs.
(11275 views)

The Z Notation: A Reference Manual
by J. M. Spivey - Prentice Hall
The standard Z notation for specifying and designing software has evolved over the best part of a decade. This an informal but rigorous reference manual is written with the everyday needs of readers and writers of Z specifications in mind.
(9589 views)