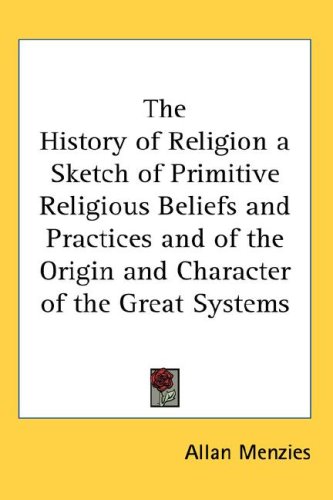 History of Religion
by Allan Menzies

Description:
This book makes no pretence to be a guide to all the mythologies, or to all the religious practices which have prevailed in the world. It is intended to aid the student who desires to obtain a general idea of comparative religion, by exhibiting the subject as a connected and organic whole, and by indicating the leading points of view from which each of the great systems may best be understood.

An Introduction to the Study of Comparative Religion
by F. B. Jevons - The MacMillan Company
These lectures are designed primarily to give to the students a good knowledge of the religious history, beliefs, and customs of the peoples among whom they expect to labor. It is expected that they will prove to be of value to students generally.
(9131 views)

The Bible, the Quran and Science
by Maurice Bucaille - Tahrike Tarsile Qur'an
An objective study of the Old Testament, the Gospels and the Qur'an. It seeks to spiritually unite by highlighting similarities in the texts. It separates what belongs to Revelation from what is the product of error or human interpretation.
(13025 views)